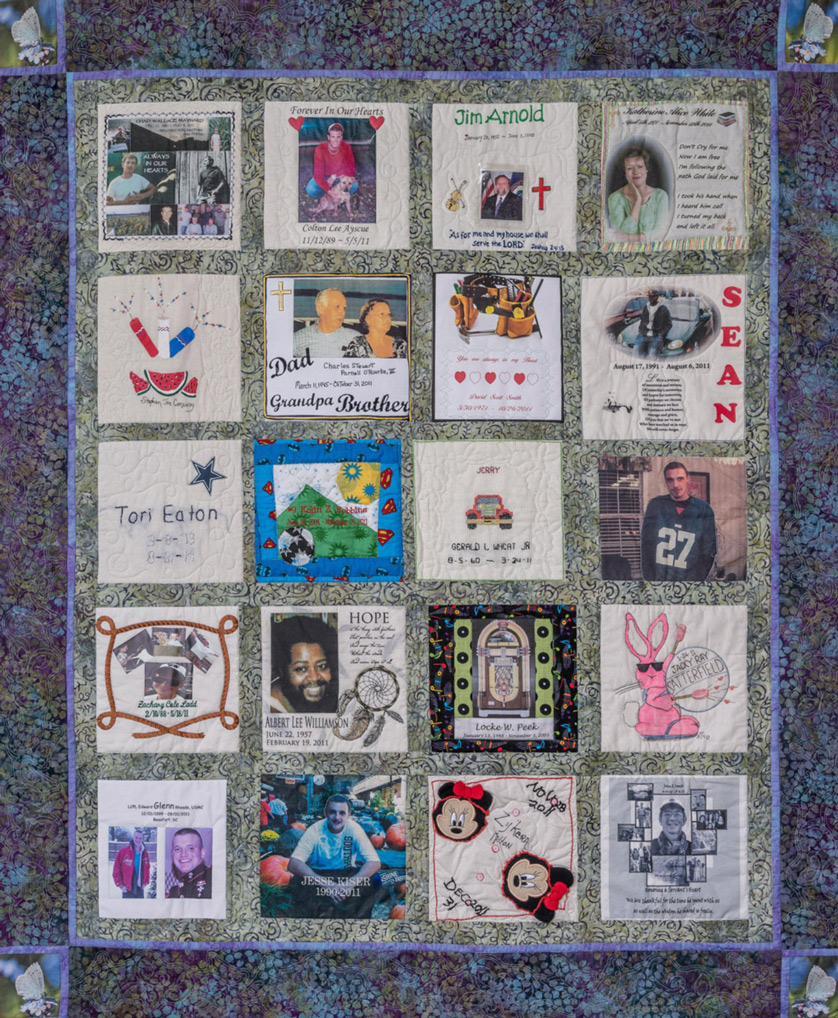 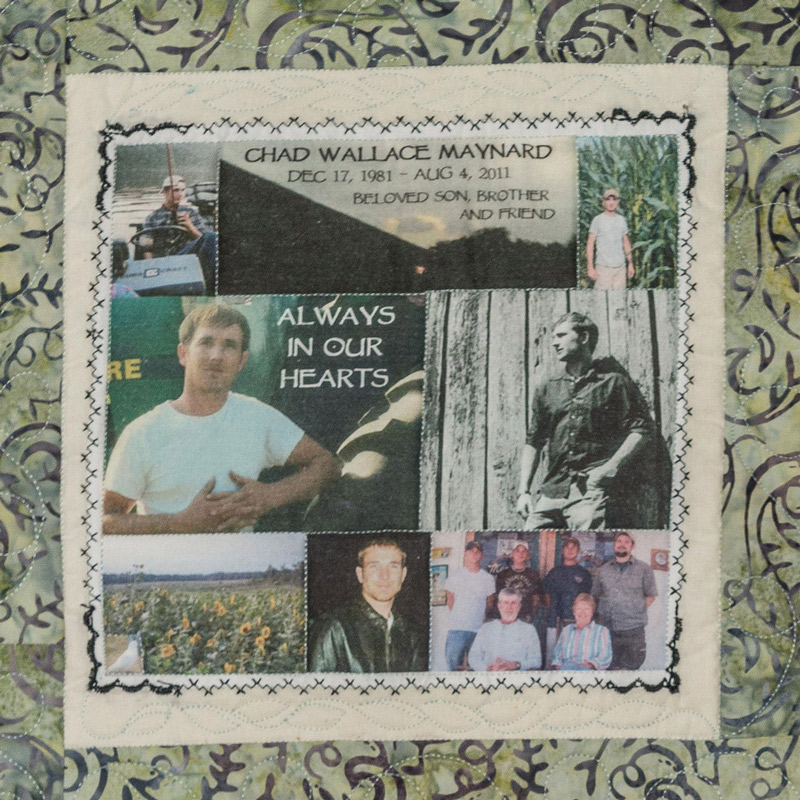 Chad was only 29 when a brain hemorrhage ended his life.  He was a young, strong, good-looking man who enjoyed the simple things in life.  On the quilt square is a picture of him in his fishing boat.  He enjoyed fishing, frog gigging, swimming, and riding his jet ski.  Another picture shows him in front of […] 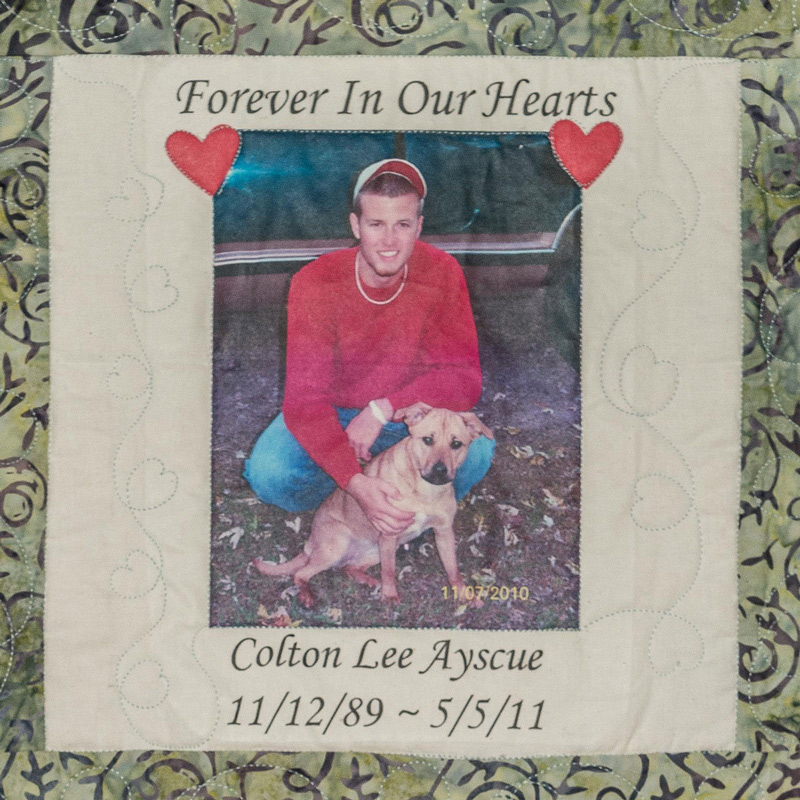 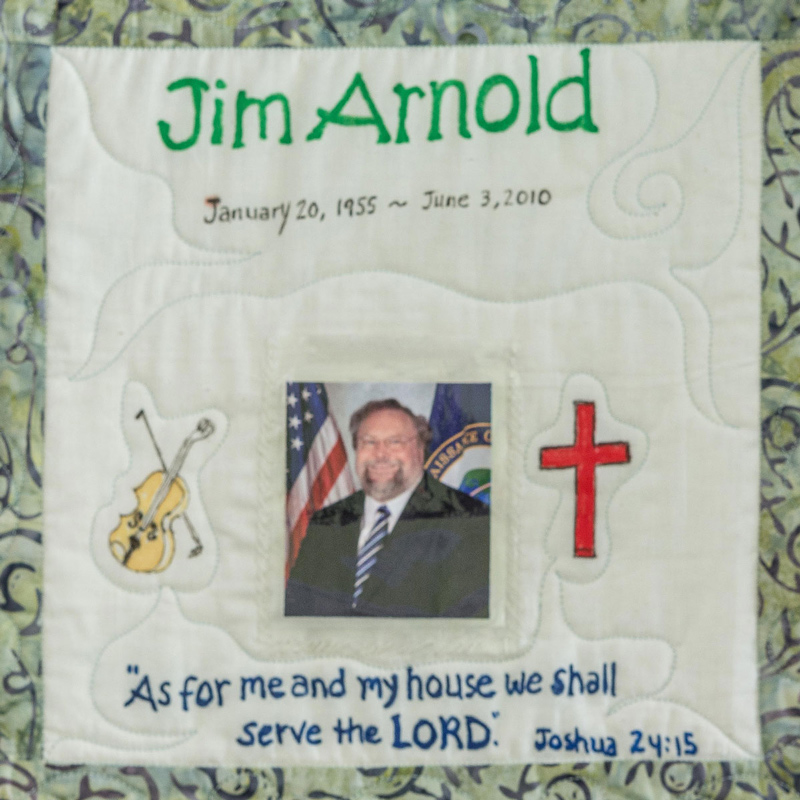 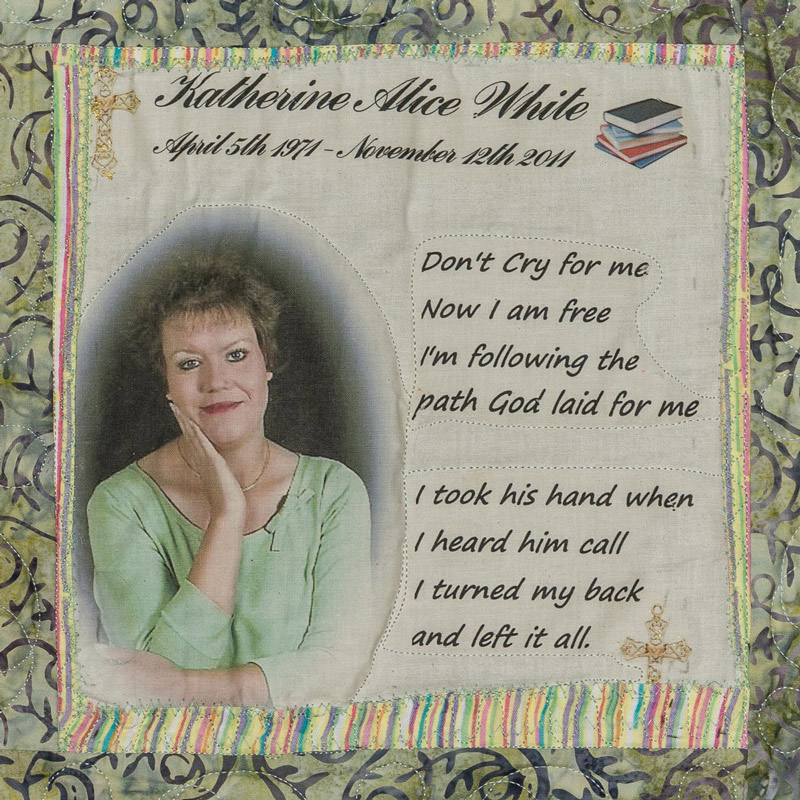 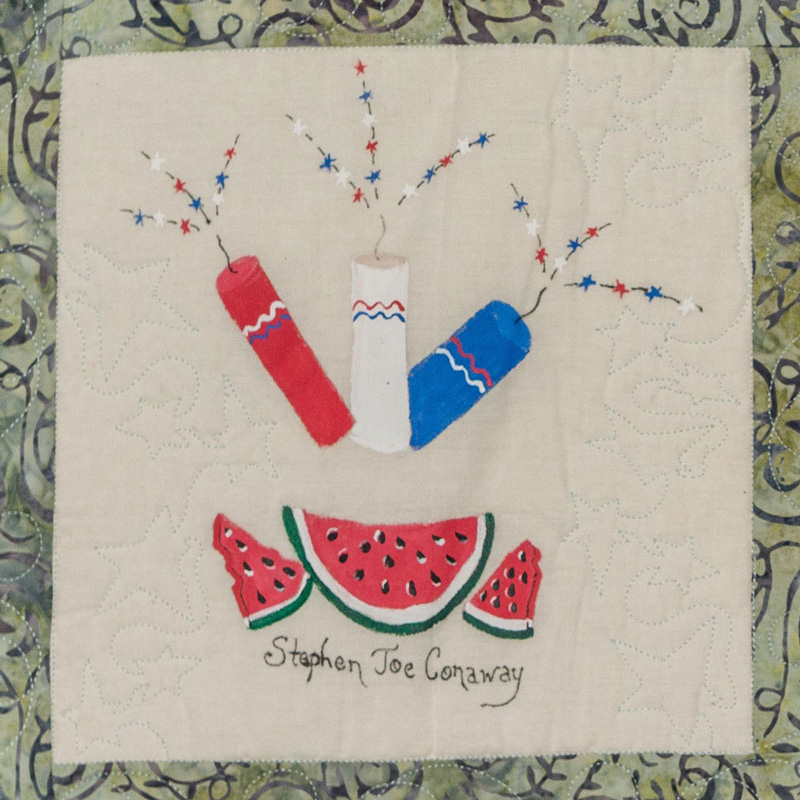 Steve loved watermelon and strawberries.  He was born on July 4th; he always said the fireworks were for his birthday. Submitted by:  Peggy, Donor Wife 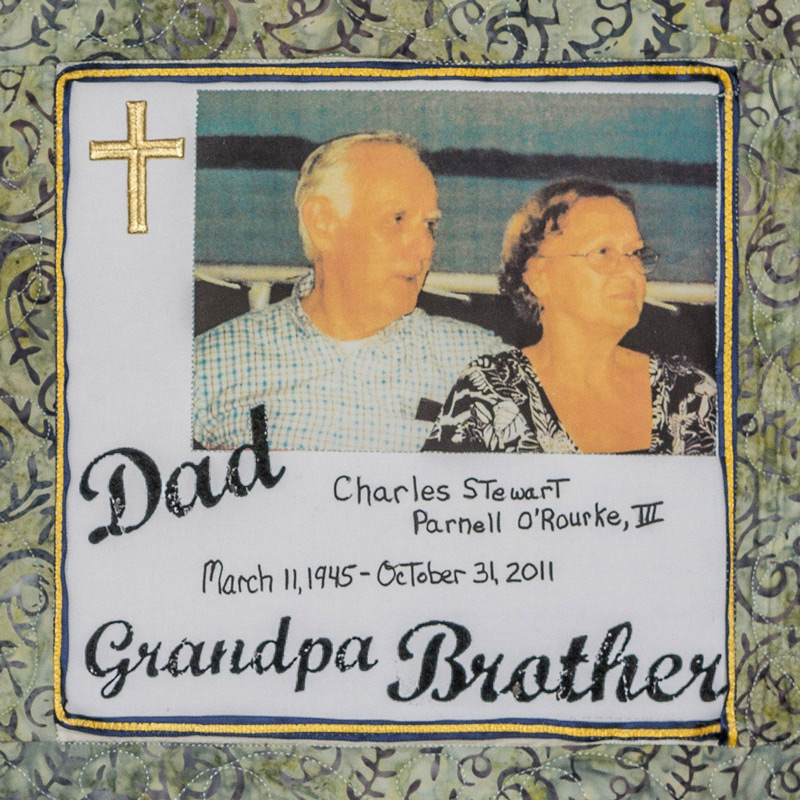 We were high school sweethearts and married April 10th, 1965. Charles had over 40 years experience in computers and author of US patent “Shareability Utility”, which was put into place February 19th 2013. He was a loving husband and father of two sons and two grandsons that he was very proud of. Submitted by: Carolyn, […] 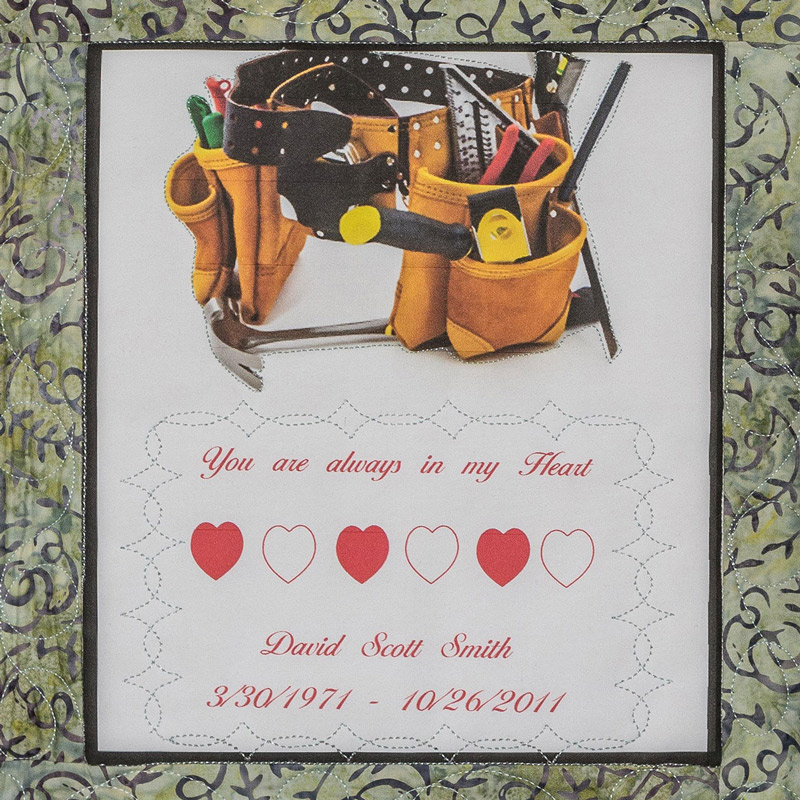 This quilt is dedicated to my son David Scott Smith.  He was a very good carpenter and painter.  He also was a good musician.  He had a good heart and was a caring person about others. Submitted by:  Alice, Donor Mother 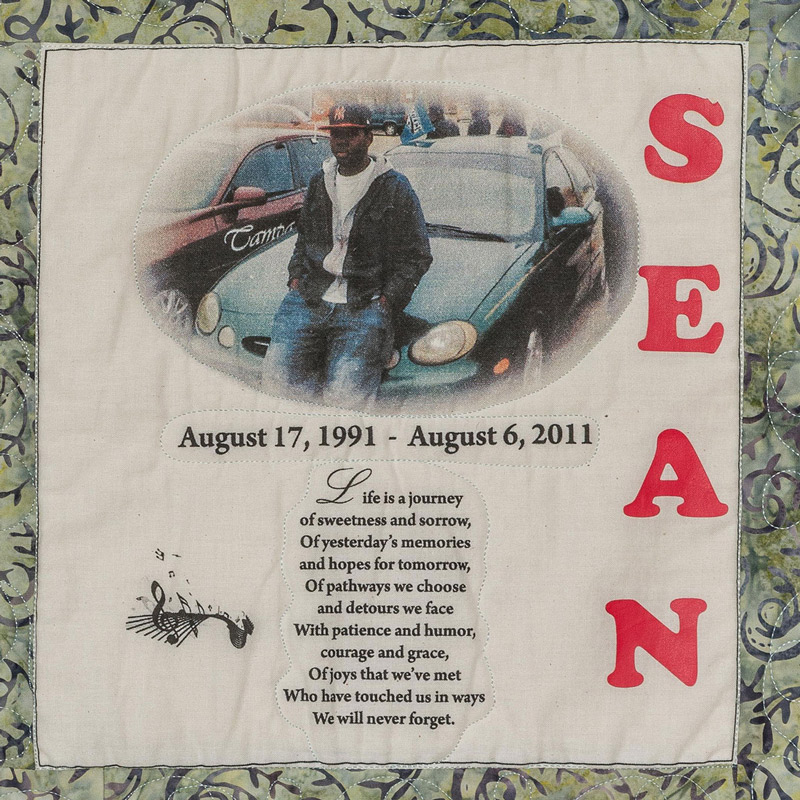 The poem represents the kind of person he was and the lives he touched, even though he had a short life. The car is what he loved and cherished. His name is in red letters because that was his favorite color. Submitted by: Rena & Lee, Donor Parents 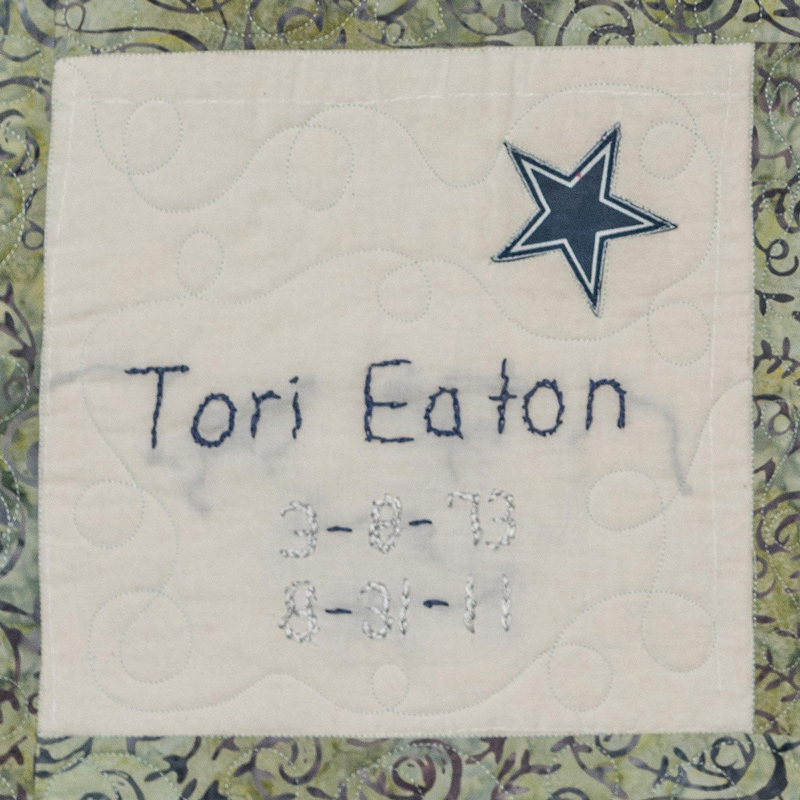 Leon was an avid Cowboy fan.  I wanted to make this for him.  He loved his Dallas Cowboys in good times and bad times. Submitted by: Eleanor, Donor Mother