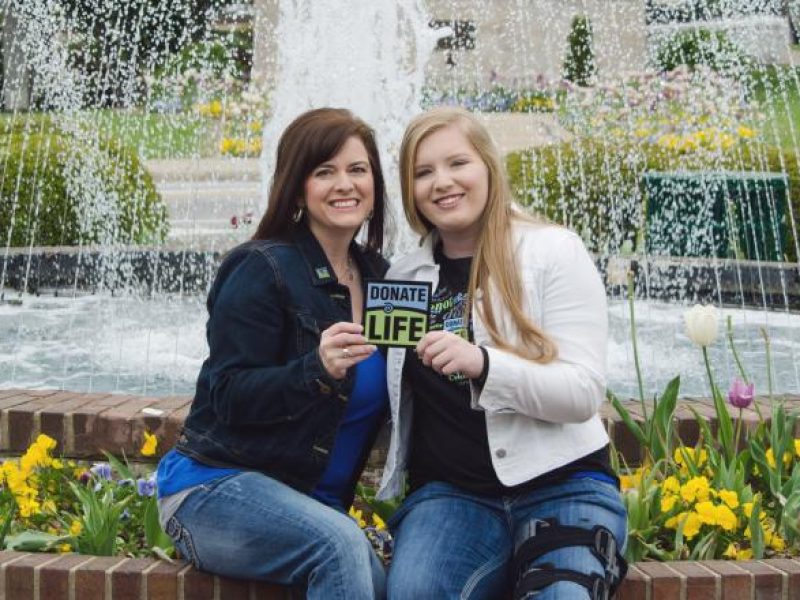 I lost my own mother after a kidney transplant in 1978 when I was 12. Unfortunately, the genetic disease that caused her kidney failure (polycystic kidney disease) was passed along to me. I knew that I had it for nearly 20 years before my kidneys began to fail – to the point that a transplant was necessary. Up until I was close to kidney failure, the possibility that I might someday need a transplant had always been something that loomed far out there in the future. I went about those two decades like most people, fell in love, got married, and started a family. My daughter was 7 when the need for a transplant became a reality for me. Since my only personal experience with transplant was with my mother, the thought that my own daughter might face the same loss I had was never far from my mind. I am grateful for the advances in medicine that make transplant today a very different experience than it was for my mother, just one generation ago, and those advances are continuing.

Though several friends and family members were tested to be living donors and two even reached the point of scheduling surgery before health issues arose that ruled them out, my life-saving miracle would come from a deceased donor.  I don’t know what I could ever possibly have done to deserve the friends that I have.

I remember taking my daughter out to lunch and to the mall a few weeks after transplant.  We ended up doing both those things, getting a haircut, and going to the movies, and I remember how amazed she was that we could do all of those things on the same day.  The exhaustion that accompanies organ failure was what she knew from me at that time. There were times when she was younger that she did not get to participate in activities because it was more than I could physically do to get her there.  Since transplant, she has participated in lots of things, including obtaining her black belt in Tae Kwon Do. I attended every one of her marching band competitions last season, and one of the songs The East Davidson Marching Eagles performed was Amazing Grace. I never heard it without thinking of the amazing blessing I’ve been given. I am grateful to God and stand in awe daily of all the ways that Grace has saved me.

Each Mother’s Day, each Christmas, each birthday, each anniversary, each special occasion, and each day in between, I am aware that I am here experiencing this life because someone else did not get the chance to be, but decided to be a donor.  There is nothing more humbling than realizing that.

I volunteer with HonorBridge and contribute to the Facebook page called “The Waiting List” because I know that facing a life-threatening illness is a scary process.  I want people who are facing transplant to know that others have been where they are and understand.  Perhaps the greatest fear we ever face in life is the fear of the unknown. It is tempting, during a time like that, to wonder if the remainder of your life will be spent as a “patient” or if you will be able to be more than your illness. I want people to know that life after transplant can be beautiful and full.

I also want to encourage people to become organ donors, so that others waiting for an organ transplant can be blessed in the same way I have been.

The only things I know about my donor are that she was a female and her age. I guess I always picture that she was a mom, too. I recognize every day how my life was changed because of her, and I thank her for her unselfishness, for being wise enough and bold enough to allow my life to be saved through her death. Because of her, I have seen my daughter grow up. How do you thank someone for that?