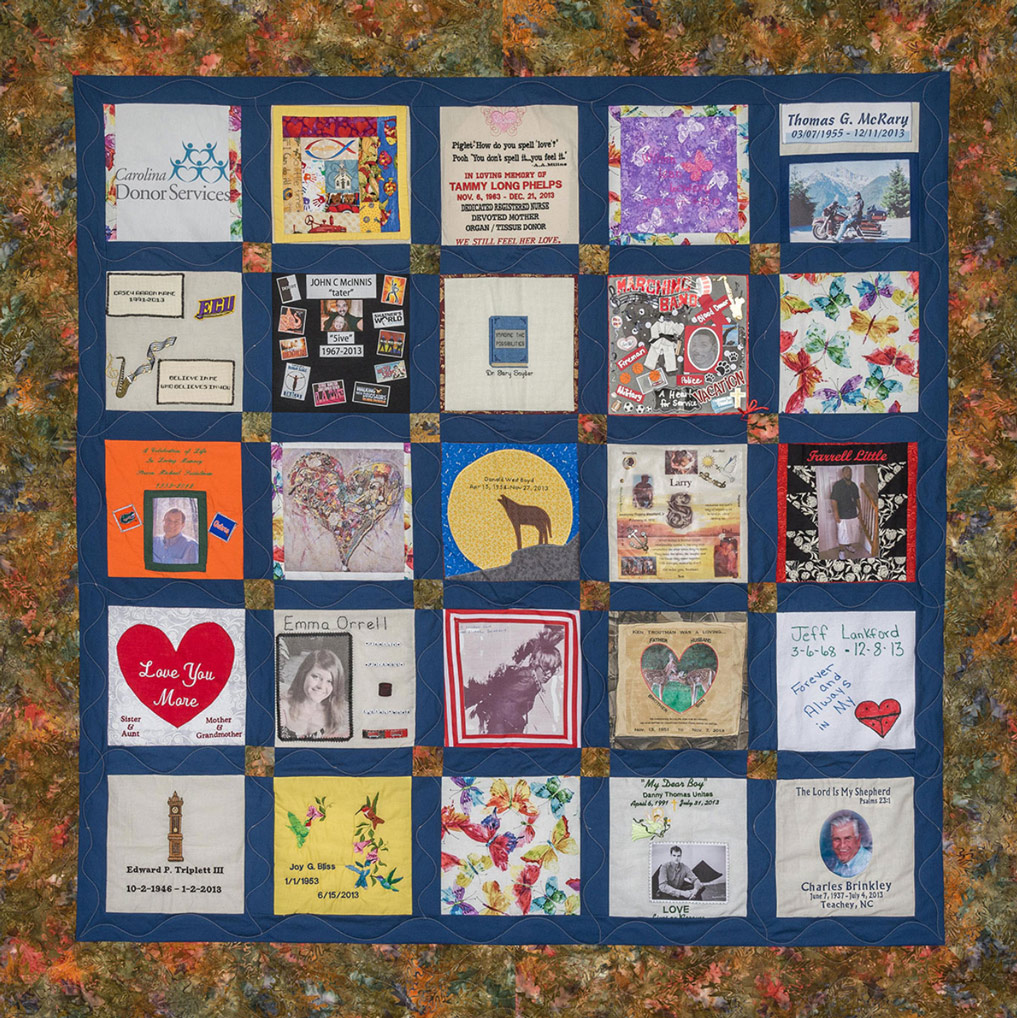 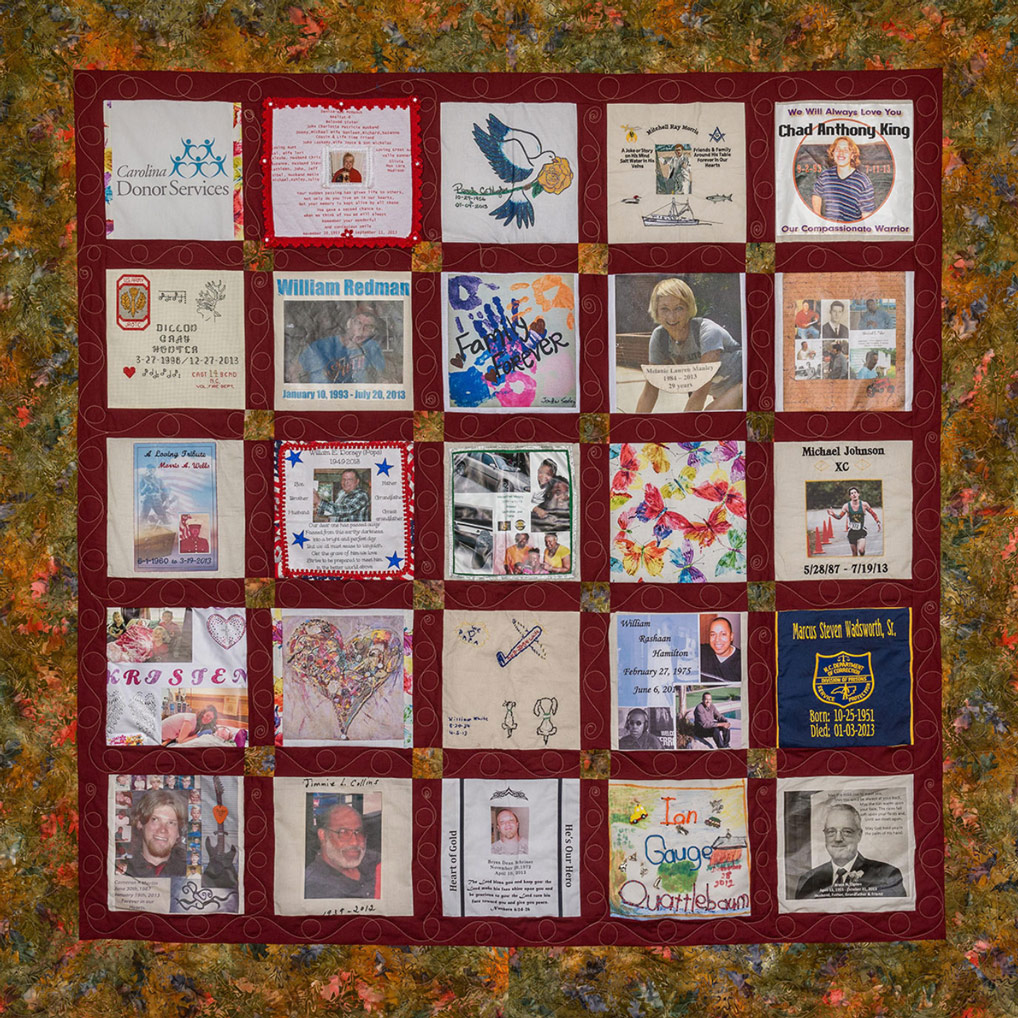 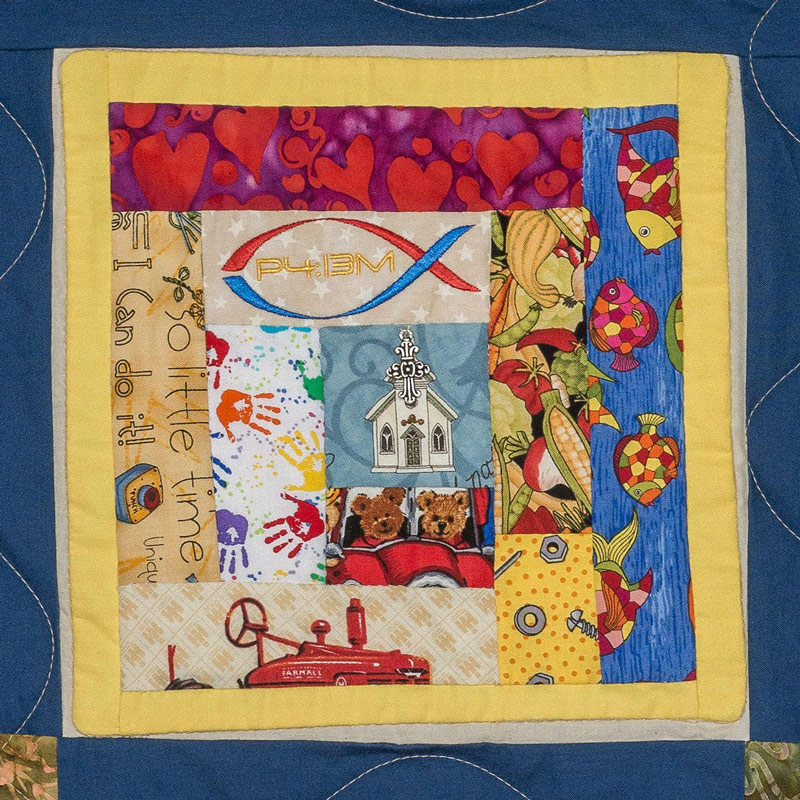 Quilt block pattern is log cabin. The center block represents Glen’s faith. The bears are for our journey through life together for 23 years of marriage and two days. Hands represent our family. P 4.13 is for the scripture. I can do all things through Christ who gives me strength. He also had a ministry. […] 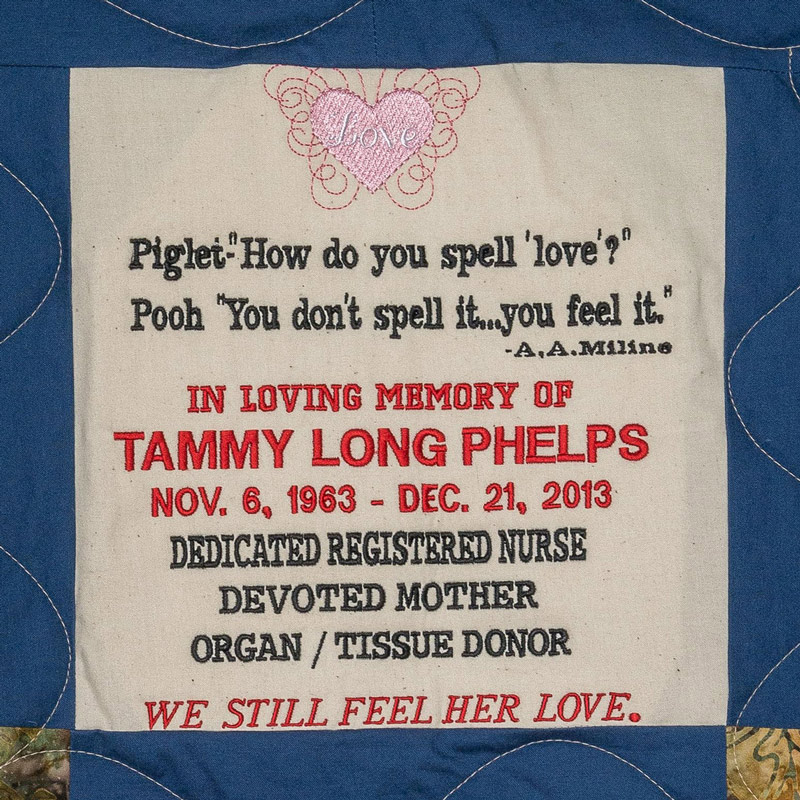 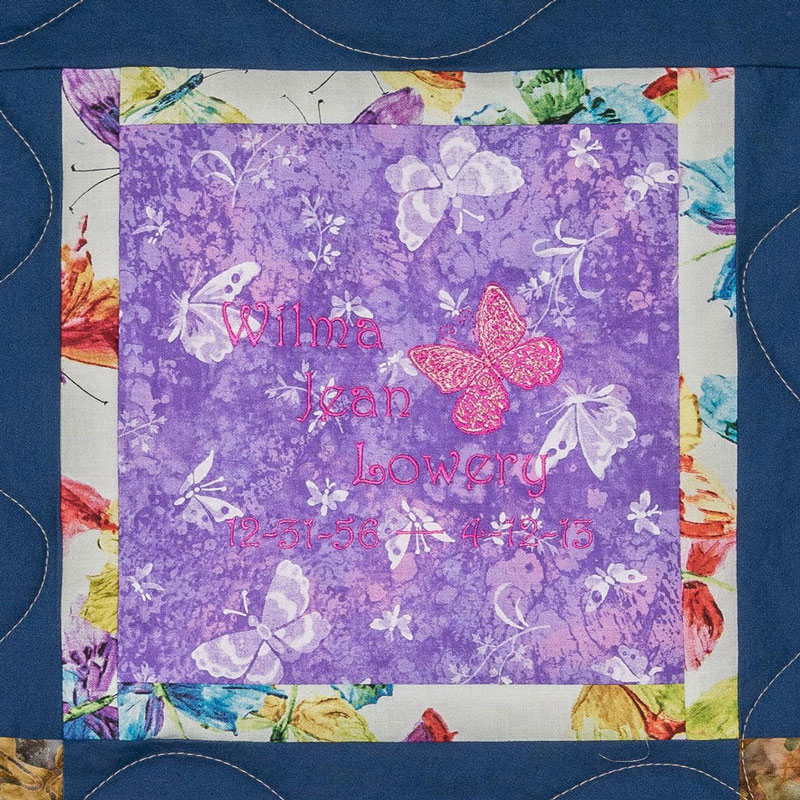 My mother loved butterflies and her favorite color was purple. She would have loved to have made a blanket with the material used to make the square. Submitted by: Heather, Donor Daughter 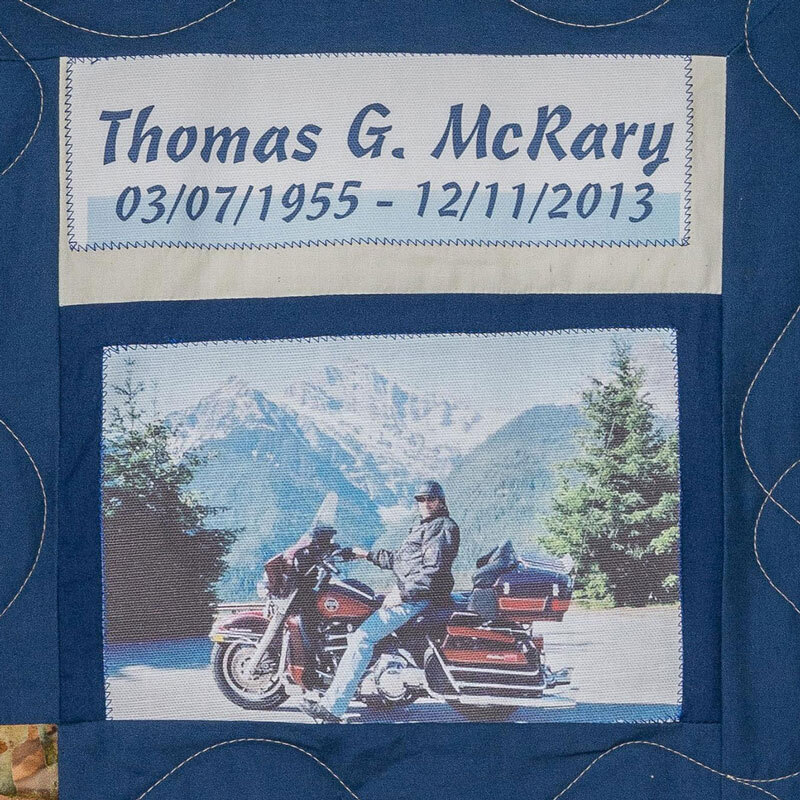 Dedicated to Thomas G. McGrary. A selfless loving man who was the true definition of Christmas. Tommy always made sure everyone in his life was taken care of. Tommy always lived life to the fullest and enjoyed nothing more than the freedom of a motorcycle ride. Submitted by: Debbie, Donor Wife 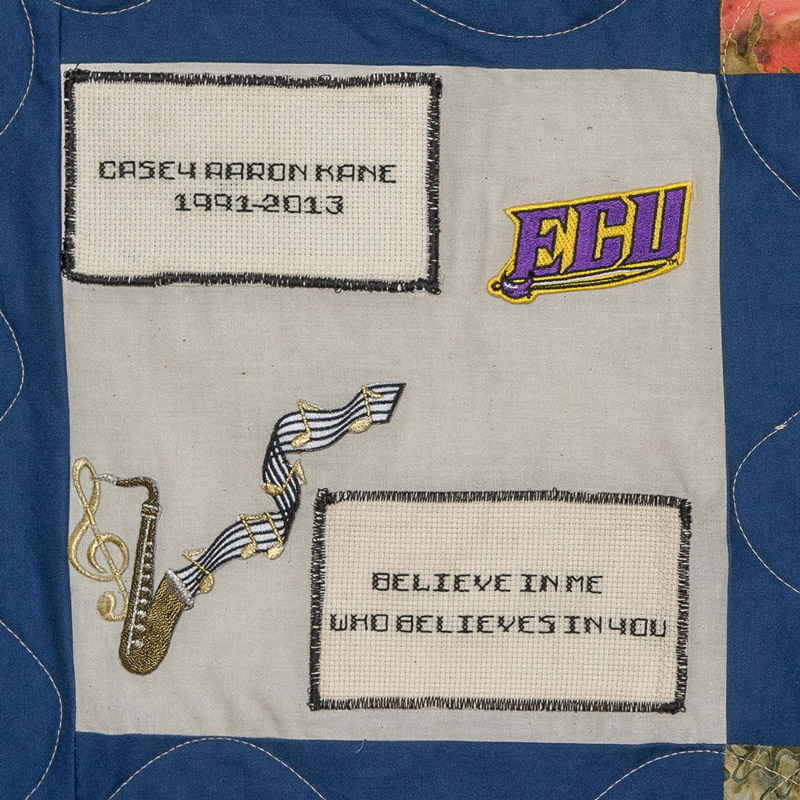 Casey had a passion for music. He played in his middle school band, then to high school. His senior year he was the drum major of Western Alamance All American Brigade. He was going to ECU and majoring in Music Education. He was a Teacher’s Fellow as well. His instrument of choice was the saxaphone. […] 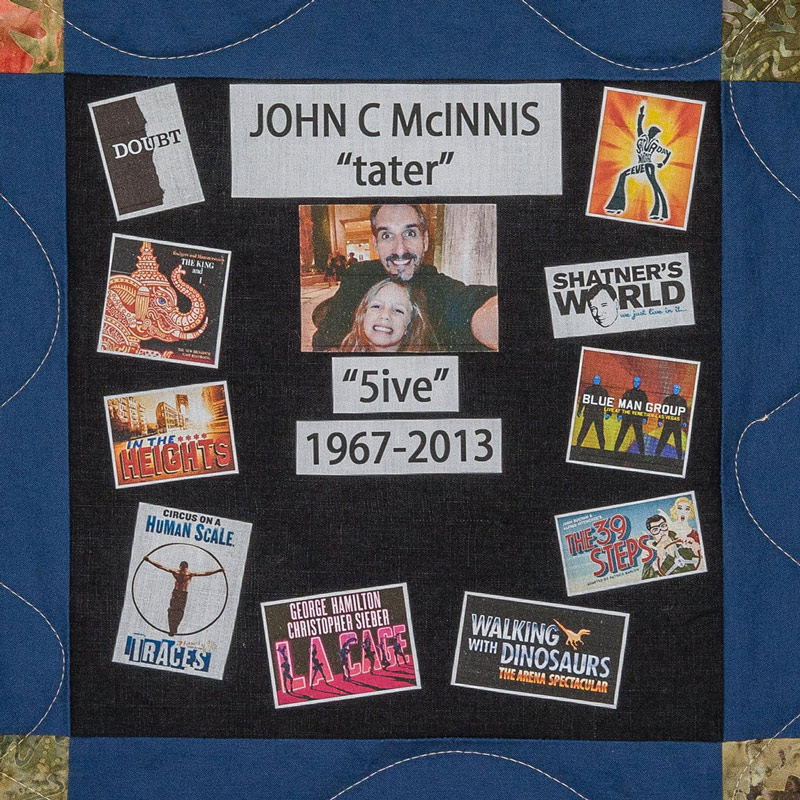 John McInnis, Known to family as “Tater” and to entertainment industry folks as “5ive”, was active in professional theater for many years. The shows pictured were some of his most recent, and most favorite. He worked backstage, usually in management and as “head” of leader of the backstage crews. He was greatly respected in the […] 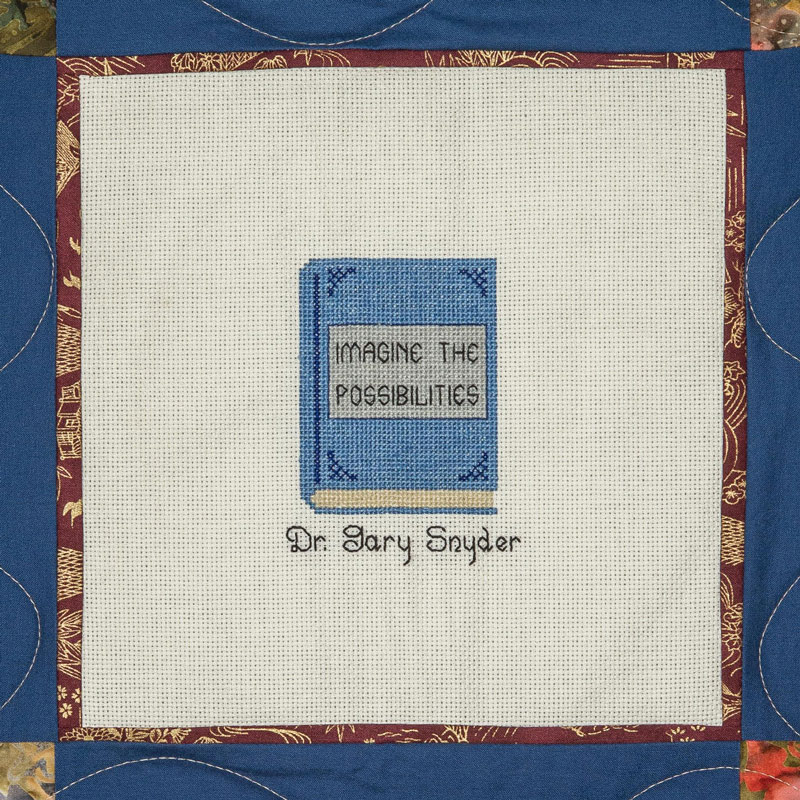 Gary was a life long learner and for two decades journaled his thoughts and philosophies every morning. He was a college instructor who passed along his motto “Imagine the Possibilities” to his students. If Gary had lived to an old age, he planned to turn his notes about learning, self discovery, history, and philosophy into […] 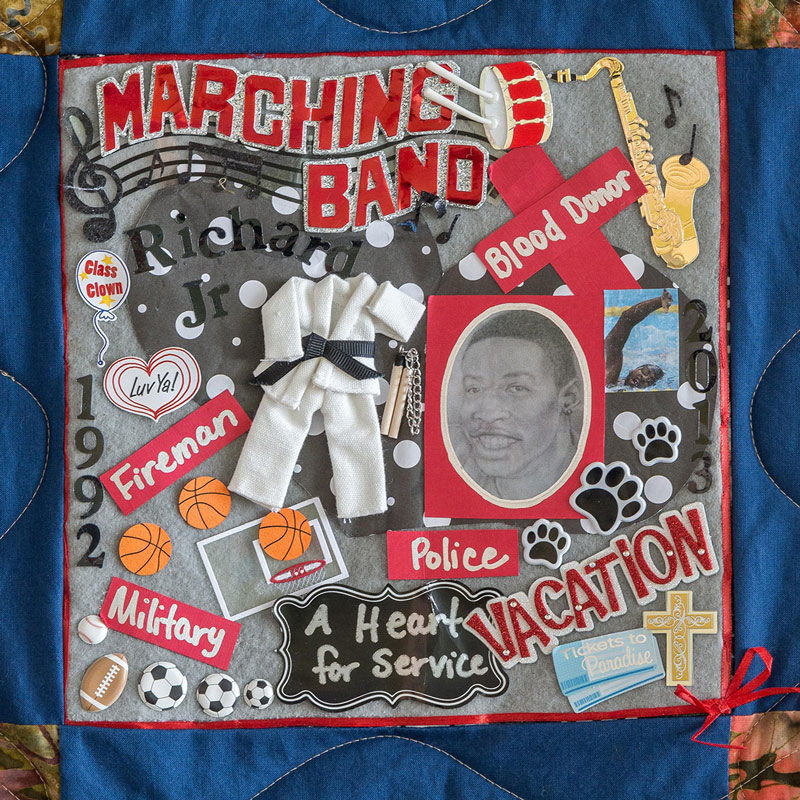 Jr. was athletic and musically inclined. He played multiple sports from a young age. He also started early playing musical instruments and learnd to play the keyboard by ear. He played the saxaphone and then the drums in the marching band for high school. He had a heart for service and aspired to be a […]