Donation brought Angie hope in the devastation of losing her son 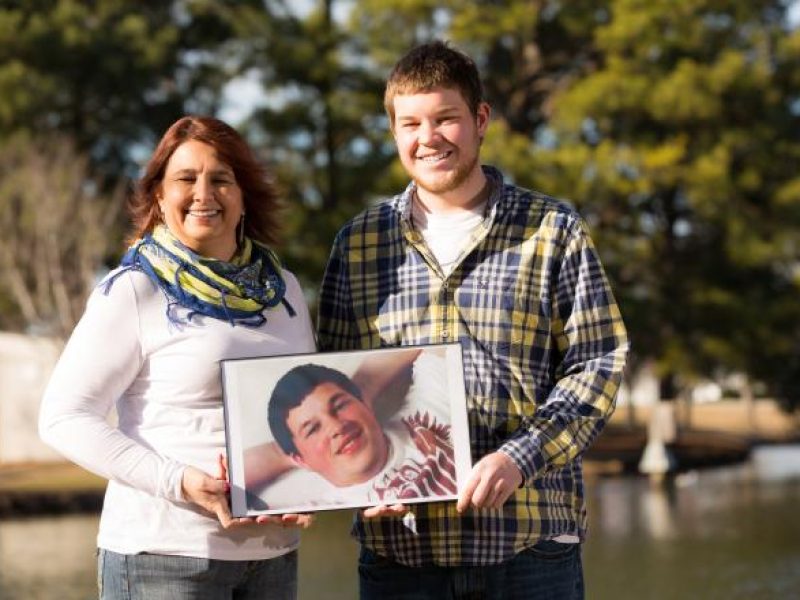 Corey Jonathan Pitt was a very handsome young man full of life and was always ready to make you smile, cheer you up and lend a helping hand. He was an awesome son, brother, nephew, grandson and friend. He was also given the nickname “Pitbull” by one of his Sunday school teachers which he decided to keep. Corey loved to play basketball, fish, hunt and write poetry.  He especially loved to create his own music beats, some of which are still on YouTube.

A poem Corey wrote: “No one knows what they have until it’s gone. Even the ones who are strong feel helpless and alone. Through these years, forget the tears, too many fears, so little beers. Just hold on to your friends because your friends are your peers.”

When Corey got his license, he told the lady to sign him up to be an organ donor because he wasn’t going to need his organs when he died, he was going to Heaven. He would rather help someone here on earth to live a little longer. I was so proud to hear him say that, and we never spoke of his decision due to the excitement of him getting his driver’s license. I had no idea that 3 years later on March 16, 2010, that my oldest boy at only 19 years old would pass away.

As I go and visit with Corey at his graveside, when I start speaking to him saying I love him and miss him, a gust of wind begins to blow. It’s as if he is speaking back to me “I love you too, Ma.”  The wind continues to blow while I’m there as if he is giving me one of his big hugs. He is truly missed by all of his family and friends.

We would like to meet Corey’s recipients as we have received letters from two of them. It would be nice to wish them well in person and to personally meet them, and I do feel personally connected to them. We’re so proud of Corey and his choice to be an organ donor and to make a difference in four peoples’ lives. He didn’t think twice – a teenager, so brave, he said he didn’t need his organs. “Let me help someone else.” …such a selfless act. I’m such a proud mom of a fearless teenager Angel in Heaven.

When measuring Corey’s life, we know the duration was short, but the donation of his time and friendship while on this Earth was large. He shared with his family and friends memorable times of joy and laughter. Corey’s measure of life is unending. He lives in four recipients who have the lifesaving gift of his organs.  Every day we continue to celebrate a life not measured by duration but unselfish donation.

Corey Jonathan “Pitbull” Pitt will always be Forever Young. You may be gone but never forgotten; always in our hearts.  ~ We love you. Hugs and kisses, Mama

Even in death, Gerri’s brother showed his willingness to think of others and help in any way that he could

Ray “Bull” Tomlinson saved and healed the lives of 112 people through organ, eye and tissue donation