Today, Daisy is a dancer, a swimmer, a comedienne, a student, and a big sister. Thanks to the selfless gift of her donor Daisy is able to just be a kid.
View More 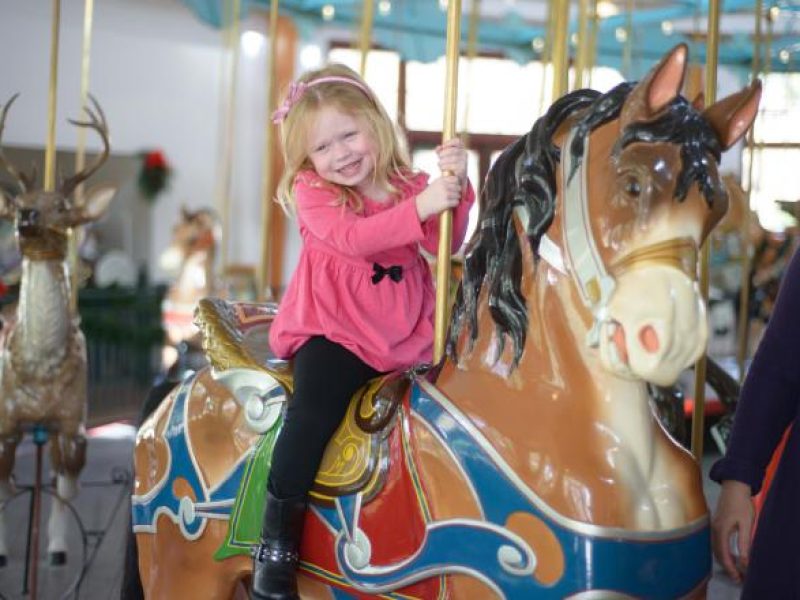 At 4 years of age, our daughter Daisy is just now starting to become curious about the long scar across her belly sometimes asking, “Will you tell me the story about my liver again?”

The story of her liver began just a few days after she was born. She was jaundiced immediately after birth, but we didn’t think too much of it since that’s fairly normal in newborns. But at her first pediatrician visit, we knew something was wrong. Her bilirubin was climbing higher and a blood test showed that this wasn’t typical jaundice.

We were sent to Duke Children’s Hospital for tests and after many worrisome visits, we finally had the diagnosis we were dreading: biliary atresia. We had Googled it over and over again, hoping to find a new article that made us feel better.  But the fact remained that Daisy was born with this rare liver disease that caused her bile ducts to be blocked or absent. The next step would be a corrective surgery which would hopefully allow her liver to get rid of the bile and prevent any more damage to her liver.

But the odds told us that even if this surgery worked, it would likely be a temporary fix, and that ultimately Daisy would need a liver transplant. We could hardly imagine a process so great, and focused on this first major surgery, handing our precious baby girl over to the gifted surgeons at just 7 weeks of age.

We practically ran to see her in recovery and will never forget the first sight of her new pink cheeks and white eyes. The repair had worked that quickly. We were elated.

For the next couple of months, we remained in a state of pure joy. We had beaten the odds, narrowly escaping a heartbreaking outcome.  We pretended the terrifying first weeks of Daisy’s life were just a bad dream. As we got to know this amazing girl of ours, it seemed crazy to think anything could keep her down. She was so full of life, a vibrant, precocious baby whose happiness lifted us up. But then we noticed it- a slight yellow tinge in the whites of her brilliant blue eyes. Back we went to Duke, knowing what was ahead of us.

Several drug therapies were tried but each failed to stop the cirrhosis. Soon, the thing we had once feared – a liver transplant- was the thing we now desperately needed. We had a sick girl and we knew if we had any hope of a future with her, we’d have to get a new organ. We were at the mercy of the waiting list and had to be patient. As we waited, our anxiety grew; we watched her bilirubin climb higher and higher and wondered, how sick would she get?

But then, after six weeks on the waiting list, we got the call. The right person had said “yes” to donation, and with just that little word, someone was literally saving our daughter’s life. We couldn’t help but think of the grieving family that was on the other end of our relief, and could only hope that knowing they were saving someone else’s child would give them a tiny bit of peace.

Today, Daisy is a dancer, a swimmer, a comedienne, a student, a big sister. She’s everything we imagined she could be and so much more. How proud we are to be her parents!

Not a day goes by that we don’t imagine what our lives would be like without Daisy. This doesn’t take us to a sad place. Rather, it is a grateful one. We are enormously thankful for the awareness of how precious our life is with her, and we treasure it.

We know that the best way to honor her donor is to make every single day count. So with every snuggle, laugh, tickle fight, and bedtime story, with every new experience, new word learned, new talent discovered, we are ever mindful that our Daisy lives for two now.

Daisy’s mother, Jen, is an accomplished television writer and producer. She works for Figure 8 Films, a production company in North Carolina responsible for such hits as “Sister Wives”, “Kate Plus 8”, Bringing Up Bates” and “The Holderness Family”. When Daisy and her family connected with HonorBridge, Jen offered to have her talented team develop a suite of Public Service Announcements to shed light on the critical need for organ donors. They offer an inspiring, funny, and insightful glimpse into the life of Daisy and how simple it is for each one of us to give hope to those waiting by registering as an organ donor. Click HERE to watch “Daisy’s Story.”