Even in death, Gerri’s brother showed his willingness to think of others and help in any way that he could 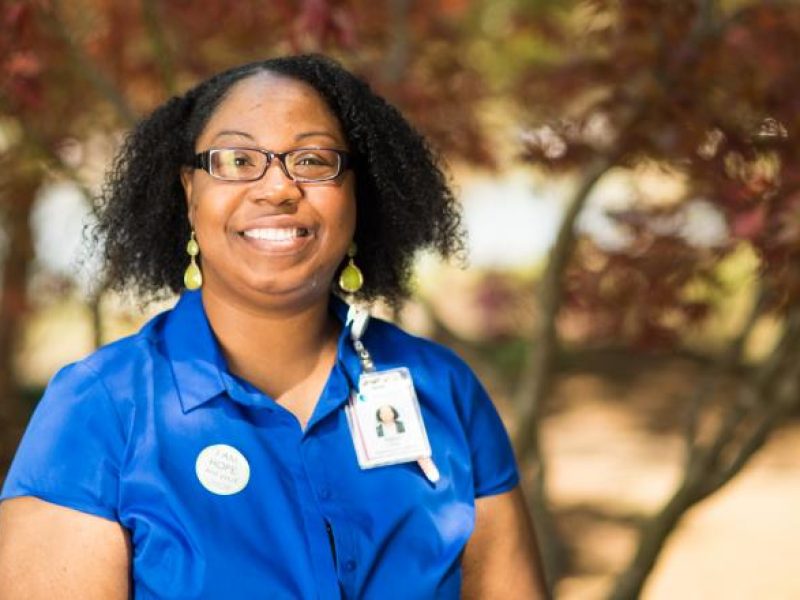 Father, brother, son, husband, grandfather, co-worker, cousin, nephew and, most of all, Christian friend are just a few of the words I can use to describe my brother. I am grateful for the opportunity  to share this story of hope about my “big” brother, W. Robert Ashe, Jr. Even in death, he showed his willingness to think of others and help in any way that he could.

On Sunday, November 22, 2008, at 6pm, I received a call that my brother had been taken to Vidant for a seizure. Later that evening, my family and I would learn that my brother had passed away of a massive stroke. After my family held hands, prayed and cried, I remember having a conversation with my mother. She said, “In all things there’s a purpose, and even though we do not understand this, God has a plan.” My brother had chosen to be an organ donor. If you knew my brother, you would know he would do anything he could to help anyone. Even though this decision was made prior to his stroke, all throughout his life he thought of others to help, including during his time of death. This was the beginning of me understanding the purpose in this pain.

For the next two days, as we spent time at Vidant with each other, the staff in the ER and ICU were very compassionate and treated us as if we were family. Little did they know, I worked at Vidant and at that time, had only been an employee for eight months.  I had heard about the excellent care provided by medical staff but did not have firsthand witness until this night. From the time he was brought in until the decision was made to remove him from life support, I saw first-hand what goes on behind the scenes. I was glad that in the final hours of my brother’s 43 years of living, he was well taken care of. I was introduced to Nancy Rotthoff, who would assist my family in the organ donation process. From understanding what was going to happen throughout the process and even now, she has been right by our side. Jr., as we called him, was able to donate three organs to three separate people. I received a note from the recipient of his heart and his name is Bill, which is ironically short for William.

While writing this story of hope, I am reminded of the over 120,000 people who are waiting for a life-saving organ transplant, with about 3,400 waiting right here in North Carolina. My brother was able to offer hope to several families when he joined the NC Donor Registry. When you make this decision, know that you are part of a team that makes a difference in the lives of people,  even during death. Death does not discriminate and every donation counts. I am thankful that my brother can “live on” through the lives of three people and the new lease on life they have been given through his donation. My hope is that we can embrace the memories of those who have passed on, educate those who have not signed up on the registry and empower those who are waiting or have received an organ transplant to continue to live life to the fullest.

After receiving a double lung transplant, Mandy can now keep up with her two children

Ian has been on the transplant waiting list for six years

In memory of William, from his daughter