Keith left behind a legacy as a donor in September 2018. In this story, his daughter Samantha shares her last memory of him and what an easy decision organ and tissue donation was for their family.
View More 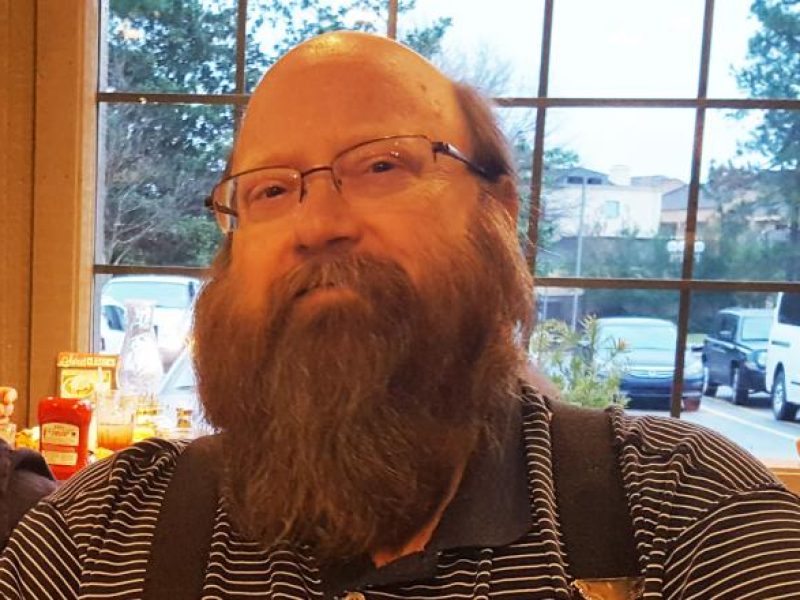 “Keith E.  Gilley was 65 years young when he passed after a long hard battle with end stage renal disease and heart issues due to his condition. My dad was amazing, he truly was the cornerstone of our family. He was well loved and admired at his job, in fact his coworkers (all of them) filled the back of the church on the day of his memorial. He had Faith in his greatest trials and was a source of strength to all that he came in contact with. He was truly unforgettable and irreplaceable.

Me and my husband would often go to my parents’ home and do things for them that they could no longer do. On the day of my dad’s death, we had left after completing our to-do list. At approximately 9 pm, I get a panicked called from my mom saying I needed to get to their house immediately. I asked what was wrong and she said Dad’s blood pressure was bottoming out. I told her to call 911 and get the ambulance in route.

A normal 12 minute drive from my home took less than 5 minutes flat. When I arrived I went to my dad’s bedroom and talked to him, the ambulance still had not arrived so I made another call. The ambulance arrived less than 5 minutes later and EMS attended to Dad – taking him out in the rolling chair versus the stretcher. The last words my dad said to me were “don’t follow me”. He knew it would be his last ride.

I disobeyed his request and followed the ambulance. Before they had reached the top of their road onto the main road, they had switched on the lights and sirens. Before I knew it they were out of sight. I knew that was not a good sign, so I took backroads to the hospital hoping to beat or meet them. When I arrived at the hospital, I had beat the ambulance. It was a full 10 to 15 minutes before the hospital attendant came to take me back to Dad. He did not take me to Dad, but to a small cold family waiting area.

I waited in this room for another 10 minutes before the ER doctor came in to speak to me. He told me that Dad had coded 3 times in the ambulance – they got him back but he was dying. His heart had finally given out. The doctor said I could come back to the room but they were still working on Dad. I told him that my dad did not want any of us seeing him like that and that I would honor his wishes and wait in the waiting room.

I knew the exact moment my dad’s spirit left his body – I felt it in that waiting room – it was 11:10 pm on September 25th, 2018. Moments later, the doctor returned to tell me he had passed. My twin sister arrived at the hospital within moments of Dad passing. Dad made it easy for me in donating his usable tissue and organs, he had advance directives in place that I as his medical POA could not override. In life, my dad always gave so freely of himself it was only natural he would give of himself in death.

As a result of Dad’s giving nature, all of his children and their spouses are registered organ donors. We also give back to our local communities and WBFJ, a radio station that my dad loved, by donating computers to their Christmas Blessing Program in his honor. We are open to finding and contacting any recipients, but at this point we are still waiting to find out his full impact. “

Remembering Lana, by her daughter

Maureen, a cancer survivor and heart recipient, creates a scholarship at ECU in honor of her donor

Tanasia was born with a rare heart defect called Tetralogy of Fallot.